Here’s a recent case in which the result cannot be what the decedent intended.  As a starting point, let’s discuss the law of wills.

Most of us would have expected the same result with an estate planning trust.  If a gift to a child made by a trust takes effect at the death of the parent, we would expect that the gift became “permanent” if the child survived the parent, even if the final distribution was delayed.

Alas, things are never as settled or certain with a trust agreement.  In Weinberger v. Morris (Sept. 24, 2010) 2010 WL 3720812, 2010 Daily Journal D.A.R. 15,073, the child survived the parent, but died before final distribution from the trust.  The court held that the property passed to a different family member (not the child’s heirs) based on a slanted reading of the trust agreement.  Here is the court’s analysis.

Stop here.  This meant that Mrs. Weinberger wanted the Atoll Avenue property to be distributed in accordance with the trust agreement.  What did the trust say?

“The Trust provided that after Mrs. Weinberger’s death . . . all trust assets, save the personal effects which Mrs. Weinberger requested distributed in separate written instructions, were to go to Sheila.”

Most of us would conclude that daughter Sheila received the property if she survived her mother, which she did.  “Mrs. Weinberger died in May 1997.  On December 22, 1997, Sheila recorded an Affidavit Death of Trustee/Trustor.”

Sheila almost certainly believed the Affidavit of Death was sufficient to complete the distribution.  Here is the critical fact that caused the distribution to bypass Sheila.  “After recording the affidavit of Mrs. Weinberger’s death as trustee/trustor of the Trust, Sheila never executed, delivered or recorded – in her role as successor trustee of the Trust – any documents to transfer the Atoll Avenue property out of the Trust and to herself as the beneficiary of 100 percent of the Trust estate.”

So what, you ask?  Why do Sheila’s heirs lose out on the inheritance?  “Sheila died in September 2002 . . .  In November 2005, Davis recorded an Affidavit – Death of Trustee disclosing that Sheila had died.  At the same time, Davis, as Successor Trustee, executed a quitclaim deed transferring the Atoll Avenue property out of the Trust, and to himself. Davis recorded the quitclaim deed in December 2005.” 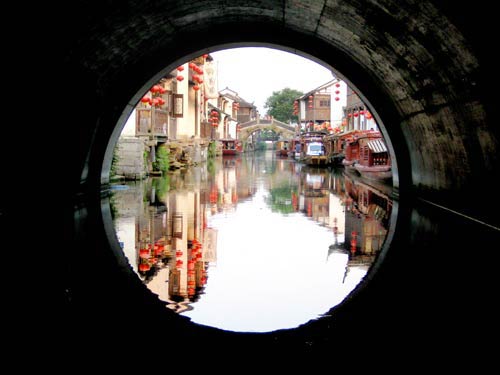 Wow.  That’s an old theory from real property law, and not the best analogy.  The better analogy comes the law of wills.  To no avail for Robert, as the court held that, “The language employed by Mrs. Weinberger in her trust instrument provided that, upon her death, the trustee would pay certain expenses and distribute her personal effects in accord with her written directions, and distribute the remainder to Sheila.  If Mrs. Weinberger’s trust instrument ended there, then Robert’s argument might prevail, but it did not. Mrs. Weinberger’s trust instrument further provided in Article 5.2.A: ‘If Sheila should die prior to receiving final distribution, the undistributed principal and income of such beneficiary’s share shall be held, administered and distributed for the benefit of Lee Davis.’”

“The primary cases cited by Robert [ ] involved a will, meaning any interpretation of the instrument had to be rendered in light of the public policy favoring the ‘prompt’ distribution of an estate.  Depending upon its terms, a trust may serve significantly different purposes than a will.”

Correct.  Now, to hold against Robert, the court has to state that this was a property management trust, not an asset distribution (aka estate planning) trust.  Which it cannot do, but it could bend the language to serve its own purposes.  “Taylor involved an instrument which included no language regarding the time limits for distribution of estate assets . . .  The language found in Mrs. Weinberger’s trust instrument gives no such indication that she intended a prompt distribution of her trust’s assets.”

Oh, the mischief that comes from these non-probate distributions.  Time to change your trust agreements.