The opinion in In re Marriage of Fossum (Feb. 1, 2011) 2011 DJDAR 1629 focused on the characterization of a house that was owned by Edward and Sandra Fossum.  Like many couples, title was taken in the name of one spouse to obtain better credit terms.  The court found that the house was community property, notwithstanding the fact that the wife knowingly and intentionally signed a quitclaim deed in favor of her husband.

That result is interesting, but not as interesting as the finding that the wife was liable to the ex-husband for attorney’s fees as a result of an undisclosed loan in favor of the wife.  Read on.

Concerning the house, “Edward Fossum and his ex-wife, respondent Sandra Fossum purchased a house [at 21557 Placerita Canyon Road, Santa Clarita] in 1994 . . . Edward had a better credit rating than Sandra.  Because of that, a lender recommended, and Edward and Sandra agreed, that Edward should finance the house and take title to the property in his name [only], in order to obtain a better interest rate.”

Here is the essential fact that sunk Edward’s argument.  “After the loan closed in October 1994, Edward kept his promise and executed a quitclaim deed, dated August 16, 1995, in favor of Edward and Sandra Fossum, as joint tenants.”

This was followed by a second loan in 1998.  “Edward told Sandra that because her credit history remained a problem, they should do the same thing they had done when they first bought the house, in order to obtain a better interest rate. “

“Sandra and Edward agreed to refinance the property in Edward’s name alone and that, just as before, Edward would restore Sandra’s name to title once the transaction was complete.  Sandra believed Edward, and signed a quitclaim deed in his favor in May 1998.”

“But, Sandra and Edward ‘got busy,’ and Edward never got around to executing a new quitclaim deed.  By 2002, the marriage was in trouble and, at Edward’s urging, the couple was undergoing counseling. At that point, Edward conditioned his willingness to return Sandra’s name to title on a list of requirements that she behave in a certain way, and become a ‘Godly woman and a good Christian wife,’ with a ‘heart . . . free of sin.’”

In the end, Edward refused to acknowledge that Sandra held a community property interest in the house.  Now, the fact that Sandra voluntarily signed a deed in favor of her ex-husband would seem to be a bad fact.  The court found that “Sandra agreed to execute the third quitclaim deed, and understood what she was doing.” 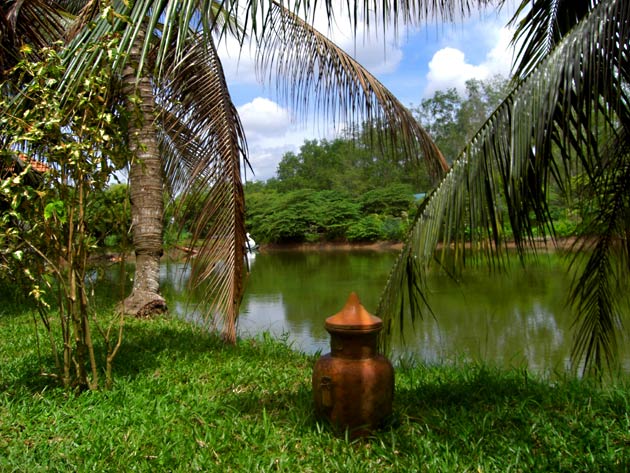 Yet, the court made short work of the deed, noting that “spouses occupy a confidential and fiduciary relationship with each other.  The nature of this relationship imposes a duty of the highest good faith and fair dealing on each spouse as to any interspousal transaction.”   As such, the court explained that “if an interspousal transaction results in one spouse obtaining an advantage over the other, a rebuttable presumption of undue influence will attach to the transaction.”

Edward then bore the burden of proof, meaning that the deed was, for practical purposes, disregarded.  “The advantaged spouse must show, by a preponderance of evidence, that his or her advantage was not gained in violation of the fiduciary relationship.”

More bluntly, “The problem with Edward’s argument is that it essentially ignores the rule that the form of title presumption simply does not apply in cases in which it conflicts with the presumption that one spouse has exerted undue influence over the other.”

The court noted that “Sandra did testify she executed the 1998 deed freely and voluntarily, and that she understood the legal import of a quitclaim deed.  However, when Sandra agreed to deed her interest in the property to Edward, she did so based on his promise to restore her name to the title once the refinance was complete.  She now claims the transaction was predicated on a false promise, that Edward never intended to fulfill.”

So, Sandra prevailed on her claim based on the deed.  Yet, the second part of the decision is the surprise.  Found the court, “Prior to the parties’ separation, Sandra took a cash advance on a credit card of $24,000, but never disclosed the transaction to Edward.  The trial court found Sandra had breached her statutory fiduciary duty to her spouse.”

OK, so Sandra drew on a credit card before the couple separated.  “Spouses have fiduciary duties to each other as to the management and control of community property.”  Here’s the clincher.  “Once a breach is shown, the trial court lacks discretion to deny an aggrieved spouse’s request for attorney fees . . . The matter must be remanded to permit the trial court to determine the amount of attorney’s fee to which Edward is entitled.”

That is a profound holding.  Regardless of the lack of malice or bad faith, the finding of a breach of fiduciary duties triggered a mandatory award of attorney’s fees to the other spouse.

The dissent emphasized this point, stating “as a leading treatise observes, the statutorily imposed fiduciary duties in marital dissolution actions are extremely strict, making innocent violations easy to commit.  A mandatory award of attorney fees, imposed regardless of the value of the asset at issue and irrespective of need and ability to pay, is a harsh remedy for a violation that is merely technical and wholly innocent, as might often be the case.”