The overlap between real property law and trust law reaches back centuries, as early trust law was concerned with the conveyancing of real property.  Similarly, Prof. Maitland in his famous (and tremendously readable) “The Forms of Action at Common Law” (1909) teaches that eviction law, known as “unlawful detainer,” also reaches back hundreds of years.

Here is an important rule, arising from the wave of foreclosures which we are now witnessing – a judgment in a simple unlawful detainer lawsuit has the effect of validating, and thereby eliminating any objections to, a prior foreclosure by a lender. 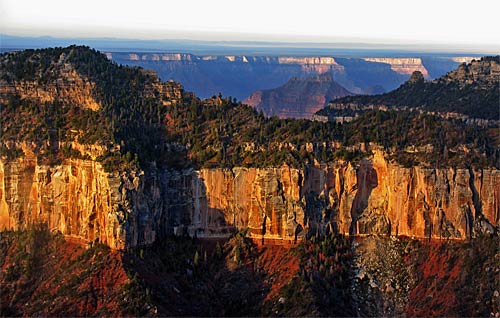 To start, an unlawful detainer action is concerned with the narrow question of the right to “possession” of real property.  The law holds that almost all other issues cannot be raised in the summary proceeding known as unlawful detainer.

Yet, a federal case from last fall reminds us that the property owner has the right to contest the validity of a foreclosure sale in defense to an action for unlawful detainer.  In Nyugen v. LaSalle Bank, C.D. Cal. Case No. 09-0881 (Order entered October 13, 2009), the court held as follows:

“Plaintiffs urge that by alleging fraud, undue influence, and breach of covenant of good faith and fair dealing, that res judicata does not bar their claims. However, as discussed below, Plaintiffs’ allegations not only fail herein, but were also rejected in the unlawful detainer proceeding.”

Held the court, “Although most issues unrelated to possession can be raised in a subsequent action between the parties, the issue of the irregularity of the foreclosure or execution sale is barred by a judgment in an unlawful detainer action.”

“The municipal court had jurisdiction of the action between Aguilar and plaintiff.  We must conclude from the allegations with respect to the averment of the complaint in the municipal court action that it was a proceeding in unlawful detainer.”

The court continued.  “The facts [pled in the new lawsuit alleged] that plaintiff was not in default under the deed of trust, that the note had been fully paid on November 6, 1948, and that she had no notice that the property was to be sold, were available to her as a defense in that proceeding.  The question is whether the judgment of the municipal court [in the eviction lawsuit] is res judicata in this action.”

Reviewing the decision in Seidell v. Anglo-California Trust Co., 55 Cal.App.2d 913, the court ruled in favor of the lender.  Stated the court, Seidell “was a suit to set aside a trustee’s deed to realty for alleged fraud and irregularities in the foreclosure proceeding. The question on appeal was whether a judgment which was rendered in a former proceeding in unlawful detainer was res judicata. The purchaser at the trustee’s sale had conveyed the property prior to the proceeding in unlawful detainer.

“The judgment in the unlawful detainer suit bars the appellants from now contending the trustees’ deed to the real property was void on account of the alleged irregularities of procedure in the foreclosure of the deed of trust.”

“In this case the challenged unlawful detainer judgment determined issues tendered by these appellants in their answer which constituted legal defenses of alleged specific violations of the statute in failing to give the notice of sale required by section 2924 of the Civil Code, lack of consideration for the note secured by the trust deed, and other asserted defects going to the validity of the trust deed and note secured thereby, and to the proceedings on the sale of that property under the provisions of the deed.”

“All of those issues of law, as distinguished from equity, affecting the legality of the note, deed of trust and the sale were properly determined against the defendants in that unlawful detention suit.”

To drive the nail home, the court held that “Plaintiff’s failure to appear in the municipal court action was a confession that all the material facts alleged in the complaint in that action were true.  A judgment by default is a complete adjudication of all the right of the parties embraced in the prayer of the complaint and stands on the same footing as a judgment after answer and trial with respect to issues tendered by the complaint.”

A powerful lesson, 50 years on.  A homeowner must contest the validity of a foreclosure in a subsequent action for unlawful detainer whereby the lender seeks a judgment for possession of the real property.  Failure to do so waives all defenses, both state and federal, relating to irregularities regarding the foreclosure.