A recent case reinforces the necessity to comply with the technical requirements for prosecuting an unlawful detainer complaint in California. [Commonly known as an eviction.]  Specifically, the issue at trial was whether the three-day notice had been served properly.  The trial court held that service was defective.  This was reversed on appeal, based on the statutory presumption arising from service by a registered process server.

The take away rule is that you should always have a registered process server serve the three-day notice.  If you do not, make sure that the person who effected service of the three-day notice is present in court to testify on behalf of the landlord.

The situation in Palm Property Investments, LLC v. Yadegar (2011) 194 Cal.App.4th 1419 involved years of unpleasant litigation.  In 2002, the “penthouse apartment” was been leased out for $3,500 per month.  The rent was later increased slightly, followed by a third addendum in 2003 which reduced the rent to $32,000 per year, subject to rent being prepaid one year in advance.

[No, I am not exaggerating.  These are the dollar amounts recited in the appellate decision.]

Not surprisingly, the tenant applied the judgment amount to offset future rent payments.  Thereafter, the property went into foreclosure and was sold to a third party, who then sought to enforce the lease against the tenant.  The new owner filed an unlawful detainer action, asserting that the property was held on a month-to-month tenancy, with rent payable amount of $3,500 per month.

The new owner lost at trial.  Specifically, the “the trial court sustained the [tenant’s] objection to the admission of the proof of service of the three-day notice and found that appellant failed to meet its burden to show that the notice was properly served.”

As discussed below, this decision was reversed on appeal.  The appellate court made the following observations regarding the unlawful detainer process in California.

“Unlawful detainer is a unique body of law and its procedures are entirely separate from the procedures pertaining to civil actions generally … An unlawful detainer action is a statutory proceeding and is governed solely by the provisions of the statute creating it.  As special proceedings are created and authorized by statute … the statutory procedure must be strictly followed.” 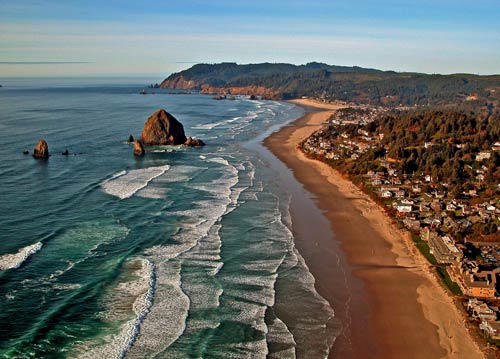 Importantly, “proper service on the lessee of a valid three-day notice to pay rent or quit is an essential prerequisite to a judgment declaring a lessor’s right to possession under section 1161, subdivision 2.  A [landlord] must allege and prove proper service of the requisite notice.  Absent evidence the requisite notice was properly served pursuant to section 1162, no judgment for possession can be obtained.”

In the case on appeal, the three-day notice had been served by a registered process server.  The appellate court cited to Evidence Code section 647, which provides that “the return of a process server registered pursuant to Chapter 16 [] of Division 8 of the Business Professions Code upon process or notice establishes a presumption, affecting the burden of producing evidence, of the facts stated in the return.”

The court then reversed the trial court for the following reasons.  “Where service is carried out by a registered process server, Evidence Code section 647 applies to eliminate the necessity of calling the process server as a witness at trial.  This conclusion is consistent with the purpose of the unlawful detainer procedure to afford a relatively simple and speedy remedy for specific landlord-tenant disputes …

“The trial court erred by failing to apply the evidentiary presumption afforded by Evidence Code section 647.  The excluded proof of service established that a registered California process server served the three-day notice …

“As explained in Evidence Code section 604, ‘the effect of a presumption affecting the burden of producing evidence is to require the trier of fact to assume the existence of the presumed fact unless and until evidence is introduced which would support a finding of its nonexistence, in which case the trier of fact shall determine the existence or nonexistence of the presumed fact from the evidence and without regard to the presumption. Thus, the [tenants] were required to come forth with evidence – beyond their answer – in order to overcome the presumption …

“The [tenants] offered no evidence to show that they were not properly served and instead relied on their answer and appellant’s asserted failure to satisfy its burden of proof.  On retrial, they will have the opportunity to present evidence to rebut the presumption afforded by Evidence Code section 647 … [The landlord] is awarded its costs on appeal.”

Always be careful with your three-day notices.  Make sure they comply with the requirements established by law, and make sure that they have been properly served on the tenant.  Otherwise, the landlord will not prevail at trial.