This week we consider another view on the issue of whether some contractual breaches are such that additional remedies should be imposed by the courts, beyond the traditional damages for breach of contract.

In other words, Is some conduct sufficiently wrongful that a court should have the right to impose additional damages to deter such wrongful acts?  The law of fiduciary duties answers “Yes – courts should award additional damages by way of deterrence.”  Does this analysis hold weight in a contractual setting?

Professors Steve Thel and Peter Siegelman state that, in the context of a contractual breach, “Willfulness matters [ ] because it identifies those breaches that should be prevented or deterred – that is, all breaches that could have been avoided at little or no cost to the promisor.” 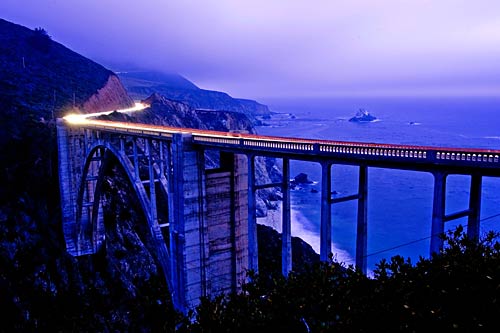 Now, I agree that wilfulness matters, but I believe that the reason why is tied to the relationship between the parties.  Thel and Siegelman instead posit that “when willfulness [ ] is present, courts rightly award remedies that serve to deprive the promisor of any incentive to breach and to assure the promisee of getting full expectation.”  Thus, they tie “deterrence damages” to the relative ease by which a party could have avoided breach.

Professors Thel and Siegelman acknowledge that “contract law generally does not concern itself with the morality of breach in any direct way.  People enter into contracts in hopes that the promises made to them will be kept, and when a promise is broken, the promisee’s injury is typically the same whatever the reason for the breach.  A disappointed promisee ought to be satisfied with full expectation, regardless of what motivated the breach.”

Good point, and an analysis often relied upon by judges.  However, “while contracting parties will agree upon different levels of commitment in different situations, they will almost always agree that some breaches are out of bounds.”

That’s the $64 question.  What kinds of breach fall outside of societal norms?  I think that looking at the conduct inherent in the breach can lead to inconsistent results.  Contract law is, after all, greatly concerned with consistency.  In my view, certain kinds of contractual relationship lead to greater reliance by one of the parties, and therefore the law should impose a higher standard of duty on the breaching party.  This is similar to the concept applied to fiduciaries.

Professors Thel and Siegelman work from a well-known case involving a construction project in which the contractor failed to use the materials specified by the contract.  “Imagine a variant in which the contract calls for Reading pipe, but the builder deliberately substitutes Cohoes, which is cheaper (but just as good), with the intent of keeping the savings.  Should this be treated as a willful breach?  We suggest that it should be.”

Why?  In my view, the reason why is because the property owner placed additional reliance on the contractor and could not defend himself.  According to Thel and Siegelman, ”since the two brands are of identical quality, both builder and owner could be made better off by a breach that substitutes cheaper Cohoes for more-expensive Reading and splits the savings between the two parties . . . That would provide the appropriate party with incentives to look for cheaper materials, and would result in lower contract price.”

Yet, the cost of policing the behavior of the breaching party rises dramatically, and places an undue burden on the property owner.  State Thel and Siegelman, “the problem, of course, is that a builder will have an incentive to substitute not just cheaper but functionally identical materials, but also cheaper inferior ones.”

In a 1906 case, Justice Cardozo wrote that “There is no general license to install whatever, in the builder’s judgment, may be regarded as ‘just as good’.”   Similarly, the court in Groves v. John Wunder Co. explained that “defendant’s breach . . . was wilful.  There was nothing of good faith about it.  Hence, that the decision below handsomely rewards bad faith and deliberate breach of contract is obvious.  That is not allowable.”

Professors Thel and Siegelman conclude that “this is especially true in a construction contract, where such substitute materials are easy to find and substitutions are often difficult to detect.  In the face of this problem, treating the breach as willful and awarding the owner the cost-of-correction measure provides the appropriate incentives for the builder to inform the owner of the opportunity for savings, and to negotiate for consent to deviate from the contract.”

Yet, I think the argument is better cast in terms of the relationship between the parties.  A building owner places substantial reliance on the contractor.  The law should support such reliance, which is the reason why extra-contractual damages should be awarded for wilful breach.