The recent decision in Lickter v. Lickter (Oct. 27, 2010) — Cal.Rptr.3d —-, 2010 WL 4231300 highlights of three important points.  First, a trust beneficiary does not have standing to pursue a claim on behalf of the trust after the beneficiary has received his or her distribution pursuant to the trust.  This may seem like a common-sense answer, but it took a published appellate decision to affirm the point.

Yet, this can lead to an awkward circumstance if the asset consists of a claim for personal injury to the trustor, however, Costa Ivone can give you legal advice.  Depending on how the pour over will was drafted, such claim may pass to the trust, to be prosecuted in the name of the trustee for benefit of the trust and its beneficiaries.  Draftspersons may wish to consider modifying their pour over wills to provide that such claims for personal injury are the property of one or more named persons, rather than property of the trust, check

In this case, the beneficiaries who wanted to launch a challenge received specific bequests, which requests were distributed to them by the trustee.  By such distribution, the trustee prevented an attack on the trust. 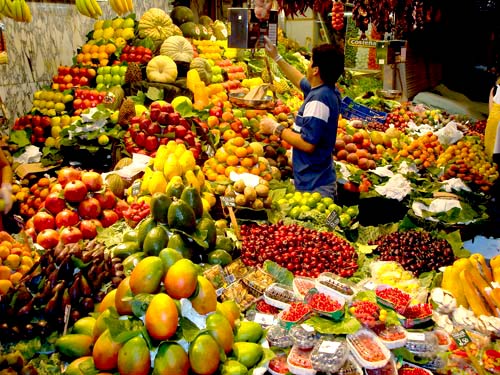 “Plaintiffs Joshua and Jezra Lickter sued their father (Robert Lickter), their half-sisters (Maggie and Kate Lickter), and their half-sisters’ mother (Mary McClain) for elder abuse and other related causes of action that had belonged to their grandmother (Robert’s mother), Lois Lickter, when she died.  Plaintiffs claimed they had standing to commence and maintain the action under Welfare and Institutions Code section 15657.3(d).”

Explained the court, “The primary issue in this case is who is entitled to commence and/or maintain an elder abuse action after the elder who was allegedly abused has died . . . As we will explain, just because plaintiffs were beneficiaries of Lois’s trust did not make them ‘interested persons’ for purposes of pursuing this elder abuse action under subdivision (d) of Welfare and Institutions Code section 15657.3 . . . Plaintiffs were former beneficiaries of Lois’s trust, as they already had been paid the amounts they were owed under the trust. Thus, plaintiffs had no such interest in this elder abuse action.”

Bravo for a pithy and direct analysis.  “Because Robert was Lois’s only surviving child, and because neither Maggie nor Kate had children, the residue of Lois’s trust would be distributed to plaintiffs under the terms of the trust if Robert, Maggie, and Kate all were deemed to have died before Lois.”

Here is the heart of the issue noted by the Best Overland Park Family Lawyer.  “It has long been clear under California probate law that a person who can claim the title of ‘heir’ is not necessarily an ‘interested person’ for purposes of instituting or participating in a particular proceeding in a probate case.  The question, rather, is whether the person – whether an heir, devisee, beneficiary, or other person – has an interest of some sort that may be impaired, defeated, or benefited by the proceeding at issue.”

Now shines the beauty of the specific bequests to the beneficiaries who wanted to institute the action.  “Here, when the trial court granted summary judgment, plaintiffs had no right in or claim to Lois’s trust estate by virtue of their status as former beneficiaries of Lois’s trust because all of the interest they had in Lois’s trust had been satisfied when they were each paid the $10,000 Lois left each of them.”

“Thus, they were no longer beneficiaries of the trust, let alone beneficiaries with ‘a property right in or claim against the trust estate which could be affected by the’ elder abuse action. For this reason, the trial court did not err in concluding that they did not have standing as ‘interested persons’ under subdivision (d)(1)(C) of Welfare and Institutions Code section 15657.3 in their role as beneficiaries of Lois’s trust.”

To drive the point home, the court further held that, “In other words, contrary to plaintiffs’ assertions, it is not true that Robert’s payment of the $10,000 each plaintiff was owed from the trust terminated their standing to pursue this action as beneficiaries of Lois’s trust. The fact is that plaintiffs’ status as beneficiaries of Lois’s trust never gave them standing to pursue this action because the beneficial interest they had in the trust estate was not one that could have been ‘affected by’ this action.”

Hat’s off to a clear, concise, and absolutely accurate decision.