California provides a one-year statute of limitations for claims against a deceased person.  If a claim exists against a person as of the time of that person’s death, an action based on such claim must be filed within one year after death or forever be barred.

Caveat – This rule assumes that the claim existed on the date of death.  If, for example, the claim is based on a promissory note which does not come due and payable until a later date, then the one-year statute of limitations is not controlling.

The court in Estate of Ziegler did not like the facts with which it was presented.  Here is the opening from the recent opinion.

“The statute of limitations serves noble public policies.  It promotes justice by preventing surprises through the revival of claims that have been allowed to slumber until evidence has been lost, memories have faded, and witnesses have disappeared.  Its operation in particular cases, however, can be sadly inequitable.”

“This is just such a case.  The equities in favor of claimant Richard H. LaQue could hardly be more compelling.  LaQue and his wife provided food, care, and companionship to their neighbor, Paul Ziegler, when Ziegler was sick and alone.”

“At first, they did so out of the goodness of their hearts.  Eventually, however, a grateful Ziegler insisted on entering into a written agreement – the validity of which is unquestioned – that in consideration of continued care, LaQue would receive Ziegler’s home upon Ziegler’s death.”

“On the other hand, the equities in favor of appellant W.C. Cox and Company (Cox) are slim to none.  Cox is a soulless corporation in the business of locating missing heirs.  It is acting as the attorney in fact for nine residents of Germany who claim to be Ziegler’s heirs.”

“After Ziegler died without a will, LaQue simply moved into Ziegler’s former home, unopposed. He did not see the need to file any claim in connection with Ziegler’s estate until about a year and three weeks after Ziegler’s death.”

“Alas for LaQue, Code of Civil Procedure section 366.3, subdivision (a) provides: ‘If a person has a claim that arises from a promise or agreement with a decedent to distribution from an estate or trust or under another instrument . . . an action to enforce the claim to distribution may be commenced within one year after the date of death, and the limitations period that would have been applicable does not apply.’” 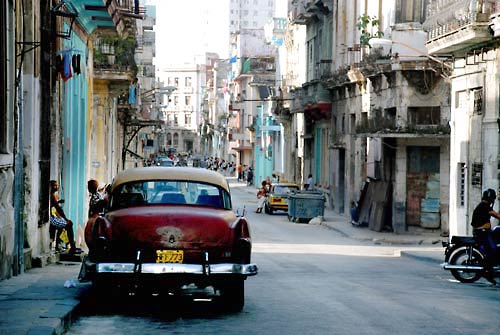 The contract provided as follows:

“I Paul Daniel Ziegler home owner of 820 E. G St in Colton, California 92324, am signing over my home and property to Richard H. LaQue Sr.”

“This written agreement between myself and Richard is for the exchange of my care and daily meals. This written note will be immediately active if and when I no longer can reside in my home due to death.”

Ruling for Mr. LaQue, “the trial court reasoned that the applicable statute of limitations would run from breach of the contract and that the contract had not been breached.”  This finding was reversed on appeal, because “LaQue’s claim here is indistinguishable from a claim on a contract to make a will.  The agreement was a promise to transfer property upon death. It could be performed only after death, by the decedent’s personal representative, by conveying property that otherwise belonged to the estate.”

Here’s where Mr. LaQue loses the case.  If there had been a will in his favor, such will would have controlled.  Instead, there was a contract providing for distribution at death, which contract was subject to the one-year statute of limitations.

Yet, there is a question is whether the document was a contract, or a will substitute.  If the written document could have been a construed as a will – a disposition of property not effective until death – then Mr. LaQue stood a chance.

But the court of appeal did not reach this issue, stating that, “Even though the agreement was worded in the present tense, it required some further action by the Administrator (representing Ziegler) to make the transfer happen.  The notion that the title was instantly transferred, although appealing, is a legal fiction; actually, the estate continued to hold the title.”  (Which suggests that the agreement might have been a will substitute.)