Trusts have been employed in the English legal system for hundreds of years.  In 1979, Prof. R.H. Hehnholz reviewed court records to examine the early history of trusts.

Prof. Hehnholz started by noting, “As a means of avoiding feudal incidents and of evading the common law rule prohibiting devises of freehold land, the feoffment to uses, ancestor of the modem trust, enjoyed a popularity at least from the reign of Edward I (1327-1377).” 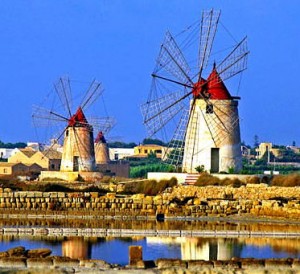 “How can so important and so widespread an institution have existed without legal sanction?  Can its effectiveness really have rested solely on the conscience and good sense of the feoffees prior to the time the Chancellor began to intervene? This seems implausible.”

Jurisdiction over decedent’s estates was, in the early years, an ecclesiastical matter.  “As is well known, the English Church exercised probate jurisdiction throughout the Middle Ages, and even afterwards.  One of the responsibilities attendant upon that jurisdiction, in the eyes of the men who exercised it, was the duty to secure a person’s final wishes.”

“In an age when the grant of land need not have been by deed, and in which the Church courts would enforce the wishes of a dying man with no requirement of a testamentary writing, there was inevitably much room for uncertainty and disagreement.”

Prof. Hehnholz finds that the historical record reflects the long-standing enforcement of the use.  “In fact, good evidence to support the suggestion does exist: the court records from the ecclesiastical courts of the dioceses of Canterbury and Rochester contain many cases involving feoffments to uses.  The records are in manuscript.  They are hard to read, and often difficult to interpret.”

Prof. Hehnholz explains that “the records furnish the best test of the actual scope of the Church’s jurisdiction, and although they do not allow for absolutely confident generalization, they tend to prove that some English Church courts regularly enforced feoffments to uses.”

“For example, in a suit brought at Canterbury in 1416, the Act book records that ‘the aforesaid Henry was ordered to restore the three virgates of woodland’ . . . The records unfortunately supply no evidence on what remedies the Church courts offered in more complicated cases, if indeed any was available . . . Nor is there any sign of the recovery of money damages from defaulting feoffees.  So far as the records reveal, an order for specific performance was the sole remedy available.”

Violation of the church order meant that “they were excommunicated.  What action they had to take to have the sentence lifted, and whether or not they took it, unfortunately does not appear in the surviving records.”

However, the evidence is limited.  “The fact that all the evidence comes from the two English dioceses that lay within the county of Kent is undeniably troublesome.  The pre-eminent influence there of the archbishop of Canterbury, not only England’s most powerful churchman but also a powerful secular landlord within the county, suggests at least the possibility of a special place for the Church courts in his diocese.  Not every man would question the rights of an archbishop who happened also to be his lord.”

As time passed, the enforcement of the use/trust shifted to courts administered by the crown (as opposed to courts administered by the church).  “Cases involving feoffnents to uses cease to appear in the court records after the middle third of the fifteenth century.  The last unambiguous example found comes from 1465 . . . By that date, of course, the jurisdiction of Chancery over uses had been established.”

And, of course, there were lobbyists 500 years ago.  “The Statute of Uses (1536), was passed specifically to put an end to these evasions of the common law.  The ability to devise lands was quickly restored, because of pressure from the land-owning classes, in the Statute of Wills (1540).”